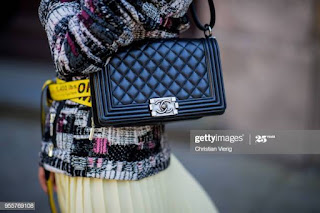 So Chanel did a price increase recently...a whopping 21% at that. It's reflected in the European markets and is likely to come in play in the US pretty soon as well. Doing something like this in the middle of a global pandemic is like saying a big "F*ck You" to the world impacted by it. It's Chanel's clear message that the masses simply don't matter. I've already covered how they want their clientele to be super snooty rick folk but this is about as clear as they could be in spelling that out. Unfortunately, the poor misguided souls at the brand are probably not factoring in how quickly the rich are also losing money and facing losses in the pandemic.
To hike up prices at a time like this is like setting your brand up as the prize at the end of a hurdle race. Oh you survived the mass-murdering virus with tons of money intact? Here, have a Chanel bag...except maybe now at these prices anyone who can afford a Chanel might as well try their luck with an Hermes since the price range is pretty similar and the latter is still much more prestigious than the former. Of course, I wouldn't put it past Hermes to do a one-up on Chanel and hike up their prices in turn. But that's a debate for another day.
Chanel's justification to the price hike may have been the fact that their boutiques are closed and they are not able to sell as much merchandise....well you could always do online sales...but no. Anyway, whatever the thought process behind it may have been, Chanel has done what they do best. Make people feel poor and unworthy...unfortunately at the worst possible time. Funnily enough, I don't see a lot of people paying it much heed though since justifiably their attentions are occupied by much more important things like staying alive. Louis Vuitton actually did a price increase as well at this time but it was similar to the regular increases that happen and wasn't groundbreaking, impacting a defined set of products only.
Chanel's increase has also not been uniform across products. The highest hike has been for the classic flaps and the lowest has been, funnily enough, for the Chanel Boy...the bag which influencers were touting as the new "It" bag and "Amazing investment" for the last few years. I'd mentioned in a post how I didn't see it sticking around forever like the classic flaps. Sooner or later it was bound to follow the footsteps of the Cambon or the Gabrielle bags and become a thing of the past.
Well turns out it was sooner. It's been interesting to see influencers across the board distancing themselves from the Boy and start calling it a has-been. Overnight a hot commodity is at the risk of becoming fashion toxic waste. It may just be a knee-jerk reaction but we all know how quickly trends change in the world of fashion. Was Chanel trying to send across this message by not raising the prices of the Boy Bag as much? Probably because here is a brand whose entire reputation is built upon just being ridiculously expensive. They are notorious for bad quality but it's a status symbol to own a Chanel bag...a sign of your spending capacity. In that scenario, a bag whose prices do not go up much suddenly becomes a less desired item. You appear poor in the Chanel world if you're carrying a Boy versus the new 19 collection or the hiked up classic flaps.
If Chanel wants to keep the design around they may do some damage control and build the reputation of the Boy Bag back up but without that I don't see it surviving this turn of events. Remains to be seen but till then Long Live the Boy Bag!
Labels: #beauty #chanel #designer #fashion #fashionblogger #luxury #luxuryhandbags #style #trends beauty Chanel Boy Chanel Price Increase 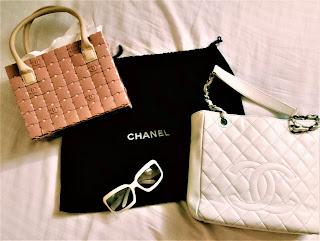